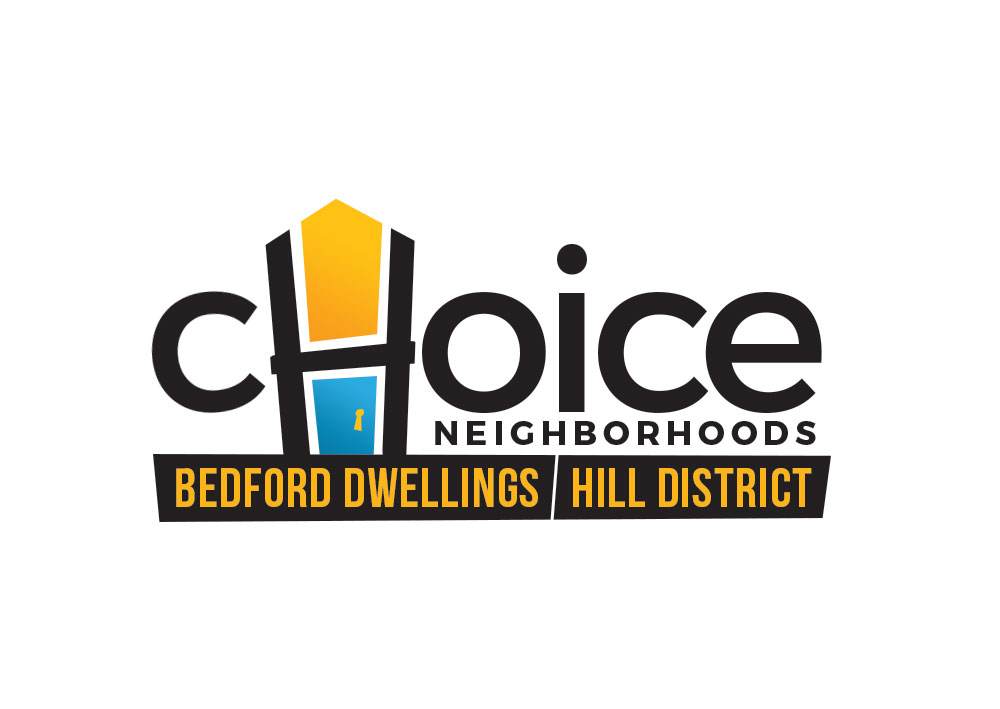 The Transformation Plan logo was developed through the creative efforts of a group of young people engaged in an afterschool program through the Hill District Consensus Group. Several youth with an interest in the arts had been informed about Choice Neighborhoods and were asked to create an image that reflected their interpretation of its meaning and impact on the Hill District. Their proposed logo designs symbolized an evolving community, with existing residents welcoming residents back or into the neighborhood. The images and explanation were shared with a local graphic designer and were used to create four different choice logos. The logos were presented to the residents at the Bedford Connect gathering on May 23, 2017 and were voted on at the Community Meeting on May 25, 2017.